CARTOON: WHY BEING VEGAN

Despite the common belief that drinking milk or eating eggs does not kill animals, commercially-raised dairy cows and egg-laying chickens, whether factory-farmed or "free range", are slaughtered when their production rates decline. The same factory farm methods that are used to produce most meats are also used to produce most milk and eggs. These cows and chickens live their short lives caged, drugged, mutilated, and deprived of their most basic freedoms.

On U.S. farms, an average of 7 egg-laying hens spend their entire lives in a battery cage with a floor area the size of a vinyl record cover. Living on wire floors that deform their feet, in cages so tiny they cannot stretch their wings, and covered with excrement from cages above them, these chickens suffer lameness, bone disease, and obsessive pecking, which is curbed by searing the beaks off young chicks. Although chickens can live up to 15 years, they are usually slaughtered when their egg production rates decline after two years. Hatcheries have no use for male chicks, so they are killed by suffocation, decapitation, gassing, or crushing.

As with any mammal, cows produce milk only when pregnant and stop after their calves have been weaned. When a dairy cow delivers a female calf, the calf becomes a dairy cow herself, born to live in the same conditions as her mother. But when a dairy cow delivers a male calf, the calf is sold to a veal farm within days of birth, where he is tethered to a stall, deprived of food and exercise, and soon slaughtered for meat. Life is only a few years longer for the mother. Because it is unprofitable to keep cows alive once their milk production declines, dairy cows are usually slaughtered at 5 years of age. Thus, a cow's normal lifespan of 25 years is cut 20 years short just to cut costs and maximize production.

Today's farms are not like the ones most of us learned about in school; they are mechanized factories where an animal's welfare is of little concern compared to profit. Veganism emerges as the lifestyle most consistent with the philosophy that animals are not ours to use.

Animal agriculture takes a devastating toll on the earth. It is an inefficient way of producing food, since feed for farm animals requires land, water, fertilizer, and other resources that could otherwise have been used directly for producing human food.

Animal agriculture's dependence on higher yields accelerates topsoil erosion on our farmlands, rendering land less productive for crop cultivation, and forcing the conversion of wilderness to grazing and farm lands. Animal waste from massive feedlots and factory farms is a leading cause of pollution in our groundwater and rivers. The United Nations Food and Agriculture Organization has linked animal agriculture to a number of other environmental problems, including: contamination of aquatic ecosystems, soil, and drinking water by manure, pesticides, and fertilizers; acid rain from ammonia emissions; greenhouse gas production; and depletion of aquifers for irrigation. 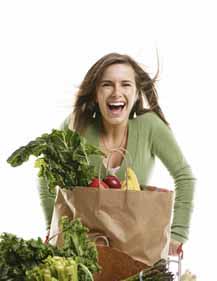 The consumption of animal fats and proteins has been linked to heart disease, colon and lung cancer, osteoporosis, diabetes, kidney disease, hypertension, obesity, and a number of other debilitating conditions. Cows' milk contains ideal amounts of fat and protein for young calves, but far too much for humans. And eggs are higher in cholesterol than any other food, making them a leading contributor to cardiovascular disease. The American Dietetic Association reports that vegetarian/vegan diets are associated with reduced risks for all of these conditions.

Vegan foods, such as whole grains, vegetables, fruits, and beans, are low in fat, contain no cholesterol, and are rich in fiber and nutrients. http://www.vegan.org

Raw veganism is a diet which combines veganism and raw foodism. Raw foodism (or rawism) is a lifestyle promoting the consumption of 100% un-cooked, un-processed, and organic foods.

A Raw Vegan diet provides an ideal weight, while also preventing and healing most modern disease. It excludes all food of animal origin, and all food cooked above 48 degrees Celsius (118 degrees Fahrenheit). A raw vegan diet includes raw vegetables and fruits, nuts and nut pastes, grain and legume sprouts, seeds, plant oils, sea vegetables, herbs, and fresh juices. There are many different versions of the diet, including fruitarianism, juicearianism, and sproutarianism.

Cooking foods destroys the complex balance of micronutrients or trace elements which are the essential nutrients for health and longevity. Also in the cooking process, dangerous chemicals are produced due to the heat interaction with fat, protein, and carbohydrates. This chemical transformation of our food not only depletes it from the nutritional value but also result in being addictive. Most people eating cook food transitioning to raw vegan, experience a similar emotional withdrawn like a drug addict. For that reason it is important to surrender yourself with a supportive community when transitioning to raw vegan.

Raw vegan provides a diet at a higher energy frequency. Therefore, eating raw vegan has a direct connection with spiritual evolution and help with reaching higher consciousness. The raw food movement looks at the way food, living, treatment of the earth, our treatment of each other, and our quest for physical, spiritual, and mental health all fit together. Therefore, it is also a philosophy".

Are All Raw Foods Healthy?

The Raw-Vegan Diet is reaching critical mass and is moving from the fringe to the mainstream via numerous retreats, restaurants and books. The most recent addition is especially notable; Roxanne's, a four month old 5 star restaurant in the Bay Area launched by millionaire David Klein and his wife Roxanne is attracting the attention of top chefs around the world for its all-raw haute cuisine.

According to John Robbins, there is a Food Revolution taking place. This is a movement towards eating more locally grown whole vegetarian foods for health and for the planet. A major movement within this food revolution is a rapidly growing health trend known as the raw-vegan diet. The raw-vegan diet is similar to the vegan diet (a diet that excludes meat and dairy) and adds the additional caveat that all food should be eaten raw. The raw-vegan diet consists of fruits, vegetables, sprouted grains and legumes, seeds and nuts. Raw-vegan food is considered healthy because of its living enzymes. The enzymes in food aid in digestion and are destroyed at 118 degrees of heat. Therefore in order to digest cooked food your body has to use its own metabolic enzymes which takes energy from your body and leaves you feeling sluggish. Heating also depletes food of vitamins and minerals which is why cooked food is thought to lead to excessive food consumption in the body's attempt to gain adequate nutrition.

According to Jinjee Talifero, co-author of The Garden Diet, "Not only does cooked food contain extremely limited nourishment, but it also contains numerous toxins. Scientists in Sweden recently discovered that heated carbohydrates contain a known toxin which renders water to be classified unfit for drinking when it contains this toxin in far smaller quantities."

The raw-vegan movement has been gaining momentum rapidly since 1995 via books, websites and email newsletters published by raw food authors such as Gerald (Nutman) Talifero at The Garden Diet and David Wolfe at Raw Food and educators such as Nomi Shannon at The Raw Gourmet and Paul Nison at Raw Life as well as literally hundreds of others. These include doctors, nutritionists, naturopaths and ordinary people who have become passionate about sharing the knowledge that helped them lose weight, heal or prevent illnesses, and feel younger and more energetic. Raw-veganism has also been called "sustainable eating" and is entering into environmental conversations and simplicity circles as the way to eat to save the planet.

Raw food is reaching critical mass and is moving from the fringe to the mainstream via numerous retreats, restaurants , and books. The most recent addition is especially notable; Roxanne's, a four month old 5 star restaurant in the Bay Area launched by millionaire David Klein and his wife Roxanne is attracting the attention of top chefs around the world for its all-raw haute cuisine.

Articles about raw food have appeared recently in USA Today and Women's World, as well as the San Francisco Chronicle, praising Roxanne's. Celebrities like Alicia Silverstone, Woody Harrelson, Demi Moore, Robin Williams, and Bryan Adams have all been seen in raw food restaurants and some are known to be full-time raw-vegans.

In a world where doctors receive four hours of training in nutrition during their entire education, it is no wonder people are taking responsibility for educating themselves about diet and nutrition.

We live in a culture that is literally built around cooked food, which makes the social implications of going raw full of challenges. However the alternative is at least equally fraught with difficulty. Obesity has recently been declared a National Epidemic by the CDC (Center for Disease Control). A recent episode of Investigative Report on A&E called The Supersize Generation relayed that one in three children and half of all adults North America are overweight. One expert on this special commented on our need for instant meals, the proliferation of junk food outlets and the ever-present temptation of processed foods, saying: "In order to make wise food choices in this society, you almost have to be a fanatic."

Fortunately, being fanatical can also be a lot of fun!

Back to the Optimal Health Page