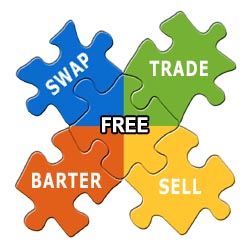 The Project TriStar initiative and community is about creating an environment where people can live a safe, healthy, and fulfilling life through growth and expansion of consciousness and spirit which is not limited or influenced by material possession or personal wealth. As previously discussed in the Project TriStar Overview, this is not a fantasy, but rather a realization of the reality and the choice to live life as it was intended.

Throughout human history, there has always been enough resources and material wealth for the whole of mankind to effectively sustain a moderate lifestyle that achieves these goals. With a balanced perspective, respect for one another, and being responsible towards nature, virtually any closed or open economic system can achieve long-term sustainability and ultimate success. So, how has society and humanity created the economic and social chaos that we see throughout modern history? The answers can be boiled down to greed, over expansion, and excessive consumption.

Project TriStar's vision of creating a sustainable community that is based on spiritual and natural laws rather than material possession may seem extreme and unattainable to some, however, the perception of something being attainable or unattainable is always a refection of ones level of understanding, learned experiences, fears, and self limiting thought. To the members of the Project TriStar community, the common economic and lifestyle vision is completely attainable and desired.

The concepts of material possession, money and any economic system are contrary to the desires, beliefs, and motivations that embody the Project TriStar community. Members of the Project TriStar community are not moving out of society and off-the-grid simply to prepare for the catastrophic potentials that may lie ahead for the world. Instead, they are moving towards a healthier, more natural, and more peaceful lifestyle they believe is inherited and a more synergistic existence between man and nature. 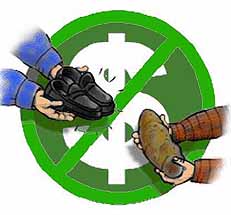 Project TriStar is well aware that money, trade, and barter are not necessary for human life to exist on Earth and especially not to live a sustainable life off the land. Project TriStar understands that money and economic systems are not evil and have been applied effectively in cultures throughout ancient history. Project TriStar further understands that most modern applications of economic systems and the moral weakness of mankind has corrupted the human connection with spirit, nature, and each other and is accelerating the demise of existing social structures worldwide.

The economic approach, or lack thereof, of the Project TriStar community is to maintain and build on the positive influences of our knowledge of current and ancient society and nature and to let go of as many of the negative influences as possible in order to sur-thrive through these times and beyond. To do this, the Project TriStar lifestyle involves discarding many of the same beliefs and practices that mainstream consciousness may find natural and even healthy.

We've all heard the term "co-op" which stand for co-operative, but we rarely see this term implemented in it's purest forms. Co-operative farming, for example, usually implies the creation of individual plots within a common physical location. Cooperation is the very key to working and living together in peace and harmony. In other words, the ultimate levels of peace and harmony are only attainable through the application of the purest forms of cooperation. Project TriStar understands these concepts and it's economic model reflects this understanding.

So, how does one go about creating a co-operative community? Very simply, by eliminating competition. Competition in any form, based on the law of cause and effect, only breeds more competition. Why would anyone want to compete in a community based on conscious growth and expansion? Very simply, there are no reasons besides insecurity and ego.

In other words, if the goal is to grow and advance consciously then the only use for material possession is to support that goal. What material possessions are necessary to support such a goal? Very simply stated; food, clothing, and shelter. Does this surprise anyone? We know the basic morality of existence and our relationship with each is broken as soon as some go without while others have more than they need. Unfortunately, this is the natural cause and effect of any economic system as they are based on the concept of attaining more stuff than the next person.

Any system that revolves around an exchange of one thing for another will eventually create a division of classes and economics. This is an economic fact, not an illusion. It will also create the desire to sell and consume rather than the desire to conserve and sustain. In other words, as soon as one product or service is valued more than another, the economic system starts an exponential trip into the unequal distribution of wealth and social standing.

Project TriStar is about understanding the equality of all people and how working together (cooperation) for the common cause of growth and expansion on an individual and group level is about honor and respect for self, others, and the environment rather than some material reward for expended efforts.

Compassionate consumption is founded on the principle that every member provides their skills without expectation or need for personal or material compensation, members consume only what is necessary to maintain a moderate lifestyle, and that all member skills are treated equal and important to the greatest good of the entire community. As such, the Project TriStar economic model operates on a collective level rather than an individual level.

Who needs money in a community or society where everything is provided for free and all you need to do is participate willingly in the operations and activities to the best of your abilities and act responsibly in your use of that system and resources? Answer: nobody, however, in order to achieve such an objective, there must be a sense of mutual honor, respect, and maturity along with a dedication to taking personal responsibility for all your actions and an understanding of the importance of community and the goals of the collective over the need for self importance.

There is no economic system at all within the Project TriStar community. This also means there is no barter and no trade. Project TriStar believes that any form of monetary system eventually leads right back to the world of material possession, greed, excess, over consumption, and eventually a division in classes and poverty.

This Project TriStar community is about service to the greatest good of all rather that one person wanting or needing more than another person. This is about valuing all services equally with everyone having equal access to services and resources without the need for money or barter. This community is about service to others in the highest form by providing services without the need for material or emotional compensation with the only reward being a sense of personal gratitude and accomplishment.

The Project TriStar community project operates on the notion that its members are in alignment with the concepts of a simplified lifestyle and living in harmony with natural laws. Members of the community choose to be part of this community because they have let go of competition and ego and the need to be better or wealthier than another person. They willingly provide their knowledge and service with humility for the betterment of each individual and the community at large.