Fire Hazards: The ongoing and accelerating affects of global warming continue to create drought conditions across the planet. Although this phenomenon may not be affecting every country or every continent at this time, conditions are predicted to become even more extreme before they flip and everything starts getting cooler as Earth enters a new ice age. 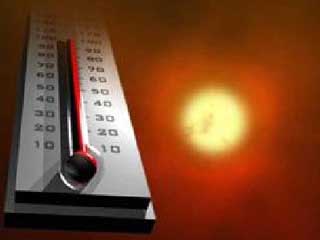 For reasons outlined in the Possible Earth Events, the Sun appears to be going through a transformation of its own and may be playing a major role in the coming cosmic and geophysical events. It’s predicted that the Sun will likely go through some huge events that affect the global drought, worldwide famine, conscious shift, and possibly the scorching of Earth; all of which are mentioned in prophecy. 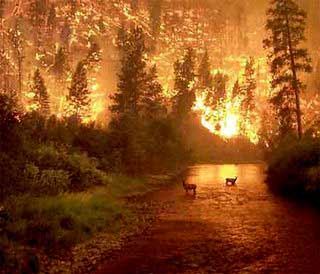 Ancient cultures describe a great heat (the conflagration) that evaporated all moisture and set grass, trees, and buildings on fire. The heat was so intense that part of planet Earth was reportedly scorched during the process. Ancient documents describe people jumping into lakes and rivers to get cool, but unfortunately the heat was so intense that these lakes and rivers actually boiled and the people did not survive. 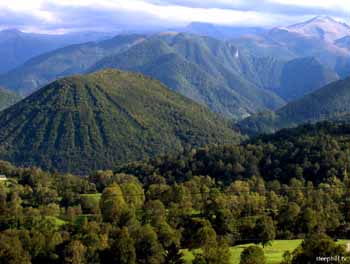 As you may know, many people who are planning some form of community have decided that the mountains offer the best locations for safety and sustainability. Proposed mountain locations have been reported across the planet and include areas of Canada, US, Asia, Europe, South America, and Africa. 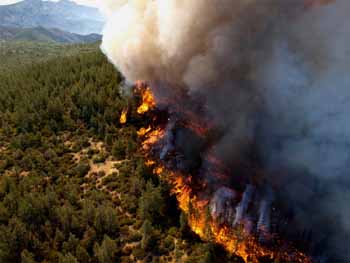 The risk of fire is increasing across the planet even today as global warming is reportedly causing rising temperatures, drier conditions, more lightning from stronger storms, and a longer fire season. On August 14, 2008, the National Wildlife Federation climate scientist Amanda Staudt said the number of wildfires has increased fourfold each year since the mid-1980s. This means that every year since the 1980’s, there have been four times more fires globally than the previous year. The risk from fire is rapidly becoming one of the greatest natural threats to mankind.

If you’ve been paying attention to the Project TriStar research and material, you may realize the conditions that support the risk of fire are projected to get much worse before they get better. One such condition is the projected increase in solar irradiance (emissions) over the next few years.

The reality is that anywhere you have mountains; you will generally have dense forests with lots of brush and trees. Fire is always a risk, but that risk is relative to the amount of fuel that is available to support a fire and with most fires that fuel is natural vegetation. As the global risk from fires increase, the risk of fire in areas with heavy vegetation also increases. 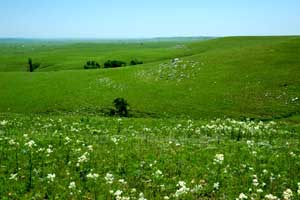 There’s a reason why you hardly ever hear of a destructive fire burning through prairie country. The obvious reason is there is very little fuel to support a fire in these regions. When you hear of destructive fires, they are generally in areas with thick brush and forests. If you read up on any recent fires where people have either not been able to leave their home or have been trapped in a forest, you find a rare occasions where those people actually survive to talk about their experience.

The risk of fire must also be considered whether you’re considering either above ground or below ground structures. Depending on the construction, an above ground structure can become fuel for a raging fire. Below ground structures can also be at risk if a fire becomes so hot that the heat penetrates deep into the ground. In either case, the main consideration is to choose a location that has little or no risk from the destructive power of fire. In general, this would mean a location with light to moderate ground vegetation. And this doesn’t mean to just clear a fire break around your location in a forest. If anyone is familiar with forest fires, it’s not simply the fire itself that is of concern. It’s a known fact that a forest fire can generate enough heat to be fatal even without direct contact to burning debris.

Recommendation: Choose a location with light or moderate ground vegetation. If you are choosing a mountain location, it’s recommended to be outside the main forest tree line rather than within the forest itself. Distances from brush and tree lines will be unique in each location and Project TriStar suggests consulting a fire prevention specialist to provide a professional recommendation.