Project TriStar understands that pets can be both healing and comforting to people and that maintaining a close relationship with the animal kingdom can provide invaluable lessons and reflections on humanity, human growth, and human existence. For these reasons, community pets (not personal pets) are being considered to provide a greater human-animal connection. 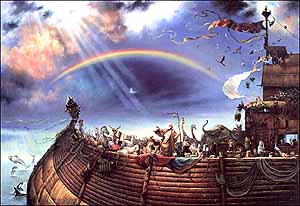 People often think that humans, much like the story of Noah’s Ark, are responsible to help or save the animal kingdom from destruction through the potential catastrophic events. How odd is this? If animals could speak, they would probably say they prefer less interference from humans, not more. They would probably also say they feel quite able to take care of themselves and feel that humans need the real help.

Project TriStar is indeed compassionate towards all living creatures, and also accept the laws of nature when it comes to sustainability and survival. The bottom line is if any animal no longer has the skills or instincts to ensure their own survival, then that species is doomed in nature. And to intervene to save such a species in not in line with the laws of nature and only prolongs the inevitable.

The animal kingdom is light years ahead of humans in their natural self preservation skills and only those that have evolved in there natural habitat are truly capable of surviving on their own.

People often proclaim their dogs or cats are their children and for that reason they can not be apart from them. What can anyone say to such claims besides, "My God, have we regressed so far?" Since when did we find the need to associate or replace children with pets? 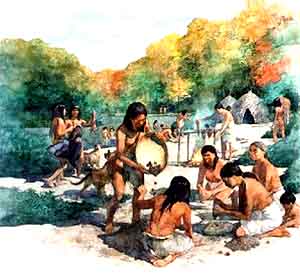 In times of old, pets and humans co-existed for a natural and symbiotic purpose. They were more challenging times than today and times when man had to hunt and gather daily in order to survive. In those times, dogs were used as hunting companions to locate, chase, and recover prey. They warned against potential attack or danger from predators and they cleaned up the carcasses and unwanted byproducts from the kill.

In those days, dogs had not yet been genetically altered and provided natural and useful functions. Dogs needed no chains or leases to keep them from running away. They generally roamed free, lived outdoors, and found shelter outside when the weather became harsh. In those days, a dog was considered a working animal just like any other domesticated animal.

As societies developed and grew, humans became more domesticated and the same thing happened to their working animals. The fascination with dogs and cats as pets only came about as man no longer needed them for hunting or gathering of food and as the risk from danger of attack was virtually eliminated (killing off the natural predators).

The final step or nail in the coffin for pets came when anyone and everyone could afford to own a pet. From this moment on until today, pets rarely have any natural usefulness in our lives besides sitting around and providing their owner with comfort and companionship. Even the word ownership implies a completely different relationship from the days of hunting and gathering.

The relationship between owner and pets of today is codependent by every definition of the word. Pets of today generally live indoors and besides some wild house cats, can no longer even take care of themselves in nature. They have become dependent on humans for their very survival. 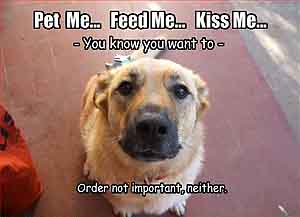 Humans on the other hand have come to depend on pets primarily for some inner sense of emotional fulfillment. In most cases, pets serve no other purpose than to wag their tail, eat, sleep, and provide companionship and unconditional love. Since wagging ones tail, eating, and sleeping provide little to no purpose, the only conclusion is that pets are really only needed to provide humans with companionship and unconditional love.

This couldn’t be more apparent than when someone refers to their pet as their child. It is true that many people are known to treat their pets better than their children, but this is a sign of the deterioration of our very social fabric that screams dysfunction rather than a balanced perspective on life.

The reality is that owning a pet is not about a humanitarian act, but rather about our need to feel the love that we can no longer experience within ourselves.

People may not be familiar with the vast changes in lifestyle that are required to live in an off-the-grid sustainable community. These changes are even more relevant if that community is also preparing for the possibility of future Earth changes and catastrophic events.

In a self-sustainable community, production and management of resources and food supplies is the most important activity for your very survival. In such a community, how you plan, manage, and consume resources will determine if the community is a success or failure. 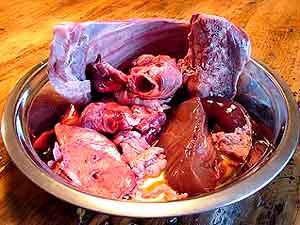 First and foremost, cats and dogs are meat eaters. No, they are not vegetarians in a carnivore’s body. Their digestive system is designed for a diet consisting primarily of meat and even their acid, enzymes, and bacteria are designed to give them the ability to eat rotting flesh that would make humans sick and die. Besides this, they have the teeth, senses, and instincts of a carnivore and hunter, not an herbivore. Pets are meat eaters and are not capable of being converted to vegetarian diets without causing them health related issues. The following two videos may shed some light on the issue of carnivore diet.

So, the question of dogs and cats in a community becomes… Do you kill other animals to feed your pets or do you let them hunt on their own? Cats are individualists and much more capable of hunting on their own to feed themselves. Dogs, on the other hand, cannot survive by hunting on their own which is why canine species generally hunt in packs. And when a domesticated dog starts to hunt in a pack, their instincts and wild nature return to their ancestral roots and they eventually become undomesticated, wild, and unmanageable. This ultimately means that dogs must be fed to remain domesticated as pets.

Do people realize how much a large dogs eats in a single day? Anyone who owns a dog knows how much they eat in a week or month and that’s feeding them a diet of vitamin enriched, preprocessed, and pre-manufactured food that was purchased at a local store. Now imagine what it would take to feed your dog from hunting and so called table scraps. Do people really think the challenges of life in a sustainable community, without the conveniences of the food distribution networks, are going to be so easy that they will have the time and resources to hunt wild game in order to feed their pets?

The Project TriStar community is capable of supporting 1,000's of community members and is founded on the importance of taking responsibility for personal actions including the realization and healing of personal issues. How responsible would it be if the members of such a community are emotionally addicted to their pet for the sole purpose of providing unconditional love and companionship?

People tend to have the idea that sustainable communities, preparing for the possible cataclysmic events, are going to be made up of individual bungalows like some fantasy vacation in the Bahamas. The reality is that in order to sustain and survive through these times, resources and energy must be conserved and the environment must be communal. This is not simply for the benefit of reduced spatial needs in a subterranean facility, but because humans are communal beings who grow and learn from personal interaction with one another. In other words, humans are spiritually and consciously disposed to a life of constant interaction with one another rather than one of isolation. 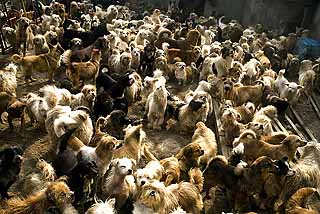 Imagine if even a minority of community members where to bring their pets into such a community. Considering how many people own pets, the number of pets in such a community could range in the 100 to 200 animals, but even if it was only 10, it still wouldn’t be practical.

The pets would likely make too much noise in a group or communal environment to be living inside and in close proximity to the community members. There would also be a number of sanitary concerns including: animal hair, dander, fleas, urination, and feces. This means that pets would need to live outside during the day and night and during the summer and winter, just as they did in the days of the hunter gatherer.

Just in the case of dogs, there could be as many as 100 or 200 in a community of this size. Their feeding and maintenance would require a team of people. Community members would need to hunt for them and feed them daily. They would need to be monitored and be kept under some level of management during the day and night. And what happens when they start running wild and doing their own pack hunting? How irresponsible would this be to self sustainability? The obviousness of the possibilities reflects just how much time and resources would be needed to maintain pets in such a sustainable community.

To some, the decision not to allow personal pets into the Project TriStar community may seem heartless, but it is quite the opposite. Project TriStar understands that pets and domesticated animals have played an important role in the evolution of humanity and consciousness from ancient history and up to the present times. However, this doesn’t mean that history must repeat itself with the same self-serving dominance over the animal kingdom.

Project TriStar understands that doing what is best for the greatest good is not always what we might prefer personally. There are a lot of issues with attachment that every member will be dealing with before entering the remote community location. In the case of personal pets, Project TriStar suggests that members find another home for their pet before entering member orientation.

Any consideration of community pets will be very limited and it would be unfair to allow any member to provide their personal pet to become a community pet. The Project TriStar committees are responsible for determining if any animals will be maintained as community pets for human contact and rodent population management.